I think the penalties for getting hit are too harsh given how many red ones there are and how fast they come at you.  I like the idea and the cute intro drawings.

Thank you for feedback. The idea was that you must avoid as much red circles as possible, but if you are big enough, you don't immediately lose. So the red ones are supposed to be so punishing. I'm going to fix some issues of this game and I'll look at hit range.

Neat idea! I would love to see a version with in-game art that matches drawn art. I found it to be pretty difficult, and occasionally a single red ball would insta-kill me even when I was quite large.

I found that if I draw something on the circle, the game turns into unreadable mess. I'll try to do something, so... The version with in-game art will probably appear.

Also, thank you for feedback.

Cool game, I was confused initially because I was expecting the graphics for the balls in the tutorial to be similar to what they were in the game, but it was fun once I figured it out. I like how it builds up and you want to maintain a reasonably circular shape so you have more room to maneuver. Would have been nice if you could rotate the whole thing.

I felt a little constricted to staying in the middle of the play area because there was a possibility of a red circle spawning in and flying straight at me, with no time to dodge. You could have the new circles fade in on the outside, and maybe even draw a trajectory for them. 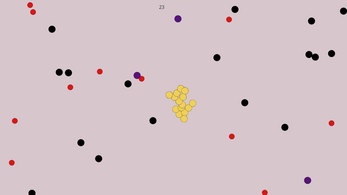 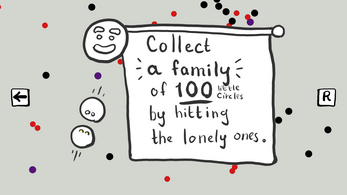 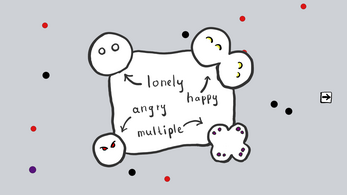